Masanga Hospital is a rural hospital with 120 beds situated in the centre of Sierra Leone, West Africa.  Sierra Leone has suffered greatly from the relatively recent civil war and the 2014-2016 outbreak of Ebola virus.  This is reflected in the country’s healthcare service, which has one of the highest maternal and infant mortality rates in the world and has large and unmet medical and surgical needs.

Approximately 440,000 people depend on Masanga Hospital for their healthcare.  We provide emergency surgical, obstetric and paediatric care, as well as general healthcare for 12, 000 patients per year.  This number is increasing annually.

Masanga Hospital started as a Leprosy Hospital in the 1960s and was sponsored by the Seventh Day Adventists.  During the civil war between 1991 and 2002, the hospital was used as a base by the rebels.  It was eventually forced to close in 1997.  In the face of this, the people of Masanga village kept their hope and continued to maintain the hospital grounds.

After the war in 2006, Dr Peter Bo Jorgensen came to Masanga and found the hospital in a terrible state.  Buildings were destroyed and many people had no access to healthcare.  Together with a group of UK-based Sierra Leonean Adventists, he decided that this hospital and its people needed urgent help.  This led to an agreement with the Government of Sierra Leone and the establishment of the Masanga Hospital Rehabilitation Project (MHRP).

For Masanga Hospital to become truly sustainable, owned and operated for and by the people of Sierra Leone, and to bring quality healthcare to the region.

To support Masanga Hospital for a period of 20 years and to re-open and rehabilitate the hospital with the objective to make it fully independent of international donors in 2026, thereby creating sustainable healthcare for this region of Sierra Leone.

Masanga Hospital stands for more than just healthcare.  Education is central in everything we do.  We aim to build capacity by seeing every patient and by performing every surgical procedure together with our surgical students, community health officers, physiotherapy students and nurses.  The Masanga Medical Research Unit, our platform to promote medical research in Sierra Leone, was also started in 2018 to establish an evidence base for the best treatment for diseases in Sierra Leone to ensure the reliability of the work we do. 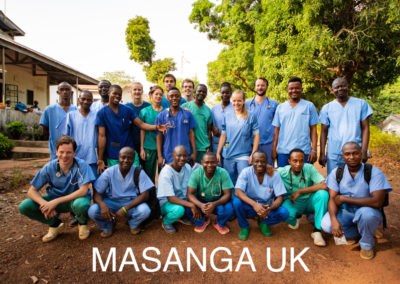 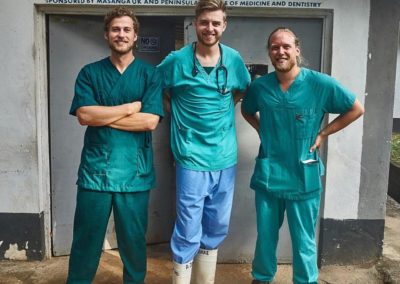 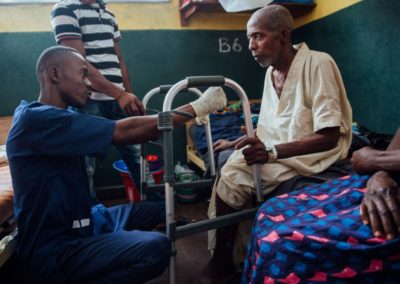 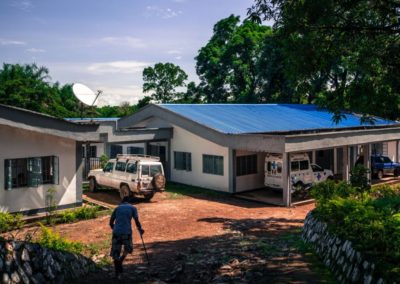 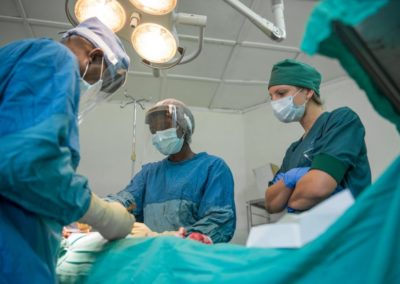 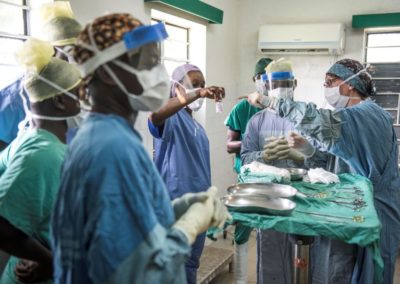 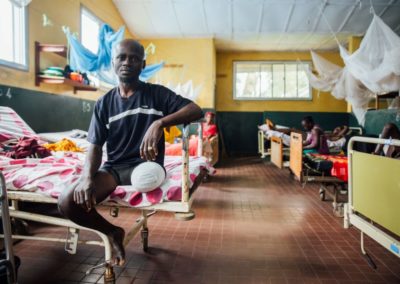 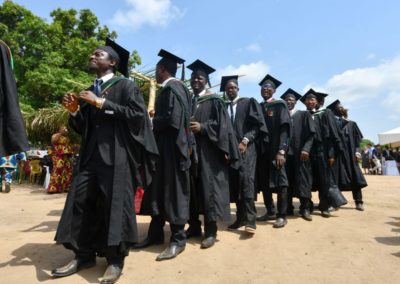 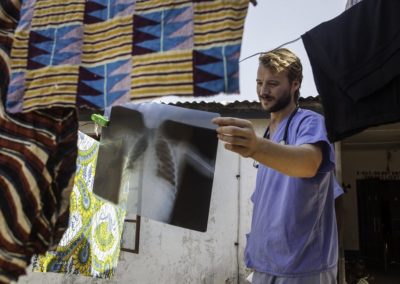 Our volunteers are healthcare workers, most frequently doctors, who will work in Masanga Hospital to provide direct clinical care to patients and educational opportunities to students.  They also engage in quality improvement and systems strengthening projects.

Volunteers stay in the ‘UK House,’ a 5-10 minute walk from the hospital.

Transport to the hospital from the airport and other official in-country travel is provided by the organisation.

Ideally 4-5 years post-qualification experience, although other candidates will be considered